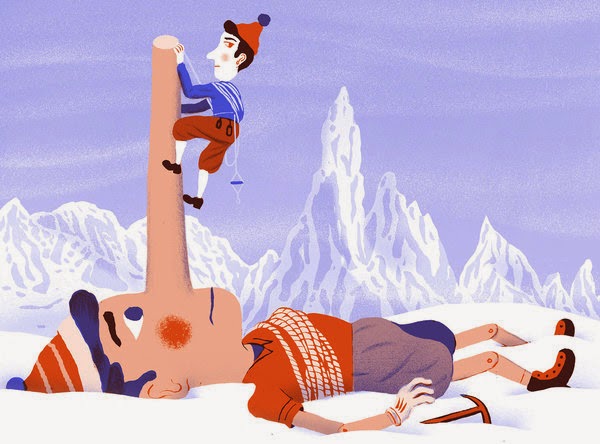 ESTES PARK, Colo. — THE greatest climb in the history of alpinism, a story of mythological proportions, occurred on Jan. 31, 1959. Cerro Torre, a 10,262-foot spire of granite, rises from the Southern Patagonia Ice Cap like a sharpened spear, so steep that climbing it had long been deemed impossible.
But in 1959, the Italian Cesare Maestri — the famed Spider of the Dolomites — and the Austrian Toni Egger made a futuristic dash to Cerro Torre’s summit. The ascent took a mere four days; the descent another three through a building storm. One of their teammates, anxiously awaiting their return, on the seventh day noticed a body lying in the snow below the mountain. He raced up the slope, his heart in his throat. Cesare Maestri lifted his head from the snow and muttered three words: “Toni, Toni, Toni.”
So the story went. Greatest ascent. Toni Egger gone, killed in an avalanche on the descent, his body missing.
The climb was so far ahead of its time that it would take 47 years and dozens of attempts by some of the finest alpinists of each generation before anyone else would succeed on that same aspect of Cerro Torre. Think three-minute mile. Or a spaceship to the moon — a decade before the spaceship was invented.
Now new evidence adds convincingly to what scrupulous critics have long known: The two never made it to the top.
Beyond the sheer improbability of his claim, Mr. Maestri lacked proof. The team’s only camera was with Mr. Egger. You had to take Mr. Maestri at his word. It was all he had.
In few endeavors is trust as implicit in the DNA of the activity as with climbing mountains: You and your partner, tied together, trusting each other with your lives. It’s embodied in the enduring phrase “The brotherhood of the rope.”
Over the decades, a literal mountain of evidence has piled up against Mr. Maestri’s claimed ascent. Remnants of their passage, in the form of pitons, fixed ropes and other gear, littered the initial thousand feet, which he described as completely exhausting. Yet above, on far more difficult terrain, not a trace has ever been found. His descriptions of features higher on the mountain, which he could know only if he’d been there, were wildly inaccurate.
Perhaps most damning, Mr. Maestri claimed that a storm coated the upper face in ice, allowing Mr. Egger, a virtuoso in such conditions, to get them both to the summit. But the invention of the modern ice ax — absolutely requisite to rapidly climb ice so steep — was still a decade away.
Against all the evidence, Mr. Maestri, now 85, has held his ground, defiantly so, lashing out at his “detractors” and refusing to address the myriad issues surrounding his claim. He remains a hero in northern Italy, though lost in the crossfire has been another question: What happened to his climbing partner?
Sometimes a photograph can speak for the dead.
In Mr. Maestri’s 1961 book “Arrampicare è il Mio Mestiere” (“Climbing Is My Job”), a photograph bears a caption identifying Toni Egger climbing the lower flanks of Cerro Torre. The problem is, the photo wasn’t taken on Cerro Torre. Recently, in his tiny cabin in the village of El Chaltén, Argentina, where Cerro Torre and the other peaks of the Chaltén Massif soar above the horizon, Rolando Garibotti cracked the case.

Mr. Garibotti, 43, is himself one of Patagonia’s greatest climbers. After a dozen hours studying maps and photos and scouring his memory banks, he pinpointed the location shown in the photo. Then, late last month, he climbed, alone, to the exact location — a needle in a haystack among the massive spires — and replicate Mr. Maestri's photo.
It’s a perfect match, and it reveals a place never before mentioned in an otherwise thoroughly documented expedition. It’s dangerous to reach and distant from Cerro Torre. No one knew they had ventured there during their only time together in Patagonia.
Did they realize they were outgunned and went to investigate other climbing options? Could the photo — the last known image of Mr. Egger — hint at the actual location of his death? Each new turn takes us further from Mr. Maestri’s impossible story.
Memories are subject to distortion, of course, as scientists have pointed out in the wake of the Brian Williams story. But there is a vast difference between coming to believe what began as a lie, and the honest malleability of memory. An Italian journalist recently contacted Mr. Maestri, who denied and deflected, then recalled visiting the vicinity of the image.
If he remembers events differently than the evidence suggests, he should be generous enough to deliver his photos from those seven days — photos that now seem to exist — and help un-puzzle what really happened to his dead partner. Mr. Egger’s remains have emerged in bits and parts over the years from a glacier below both Cerro Torre and the dangerous approach to the location of the recently revealed photo. Was he swept away by an avalanche? Did he fall into a crevasse? Only Mr. Maestri knows.
More than once, given the controversy surrounding his claim, Mr. Maestri has said, “If I could have a magic wand, I would erase Cerro Torre from my life.” 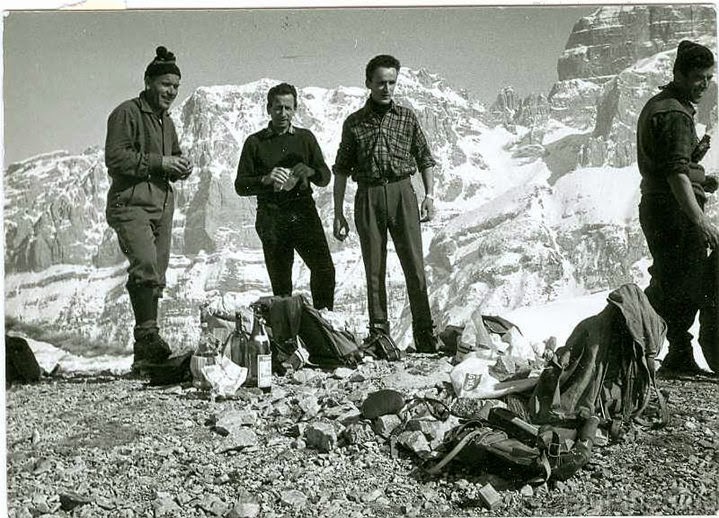 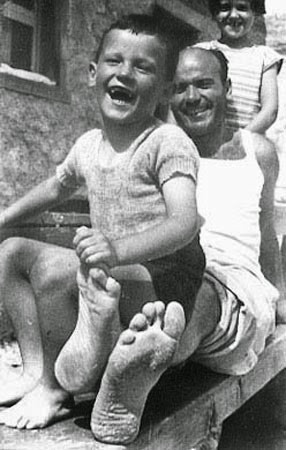 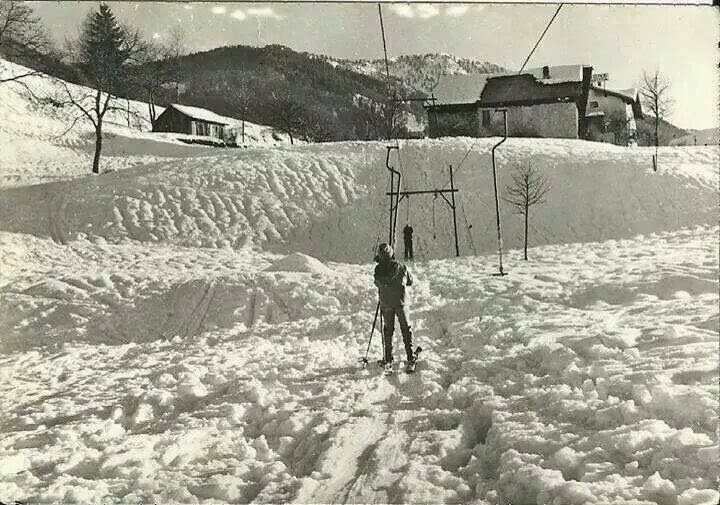 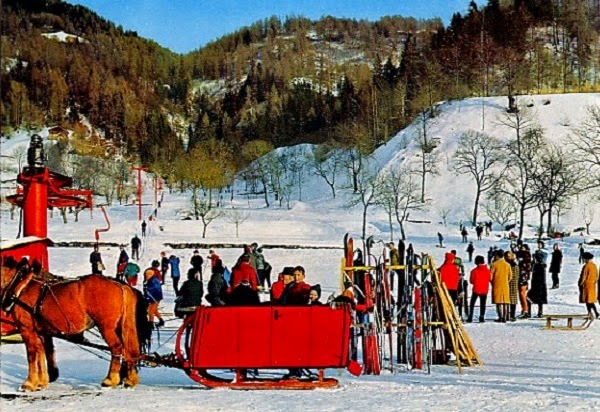 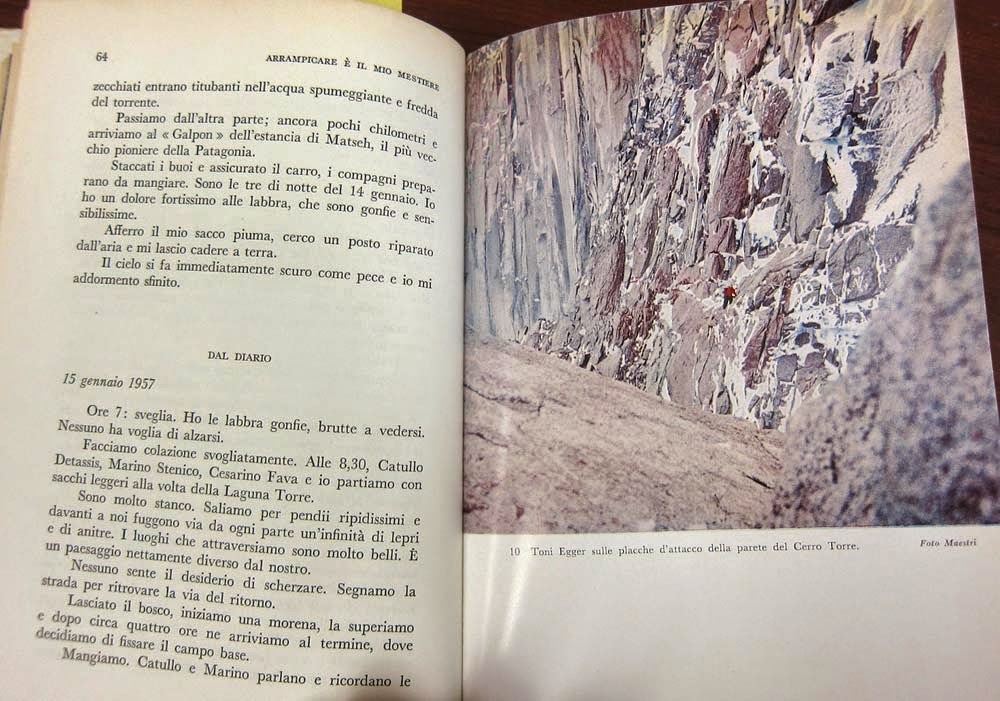 Original photo and remake with arrows 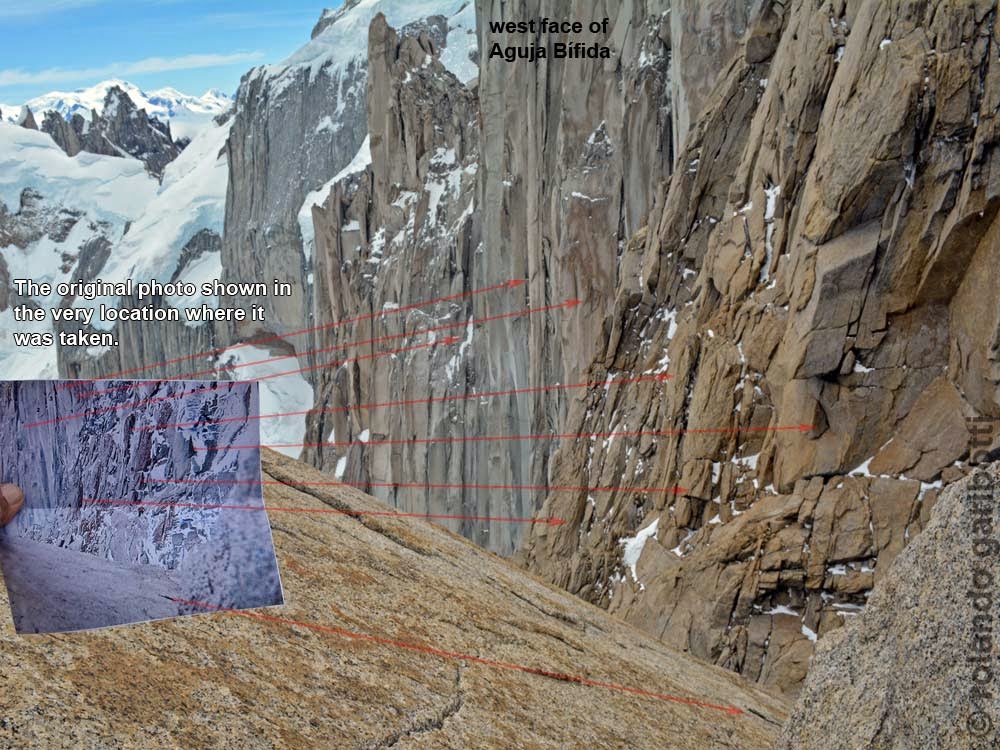 Location where the photo was taken

Location where the photo was taken 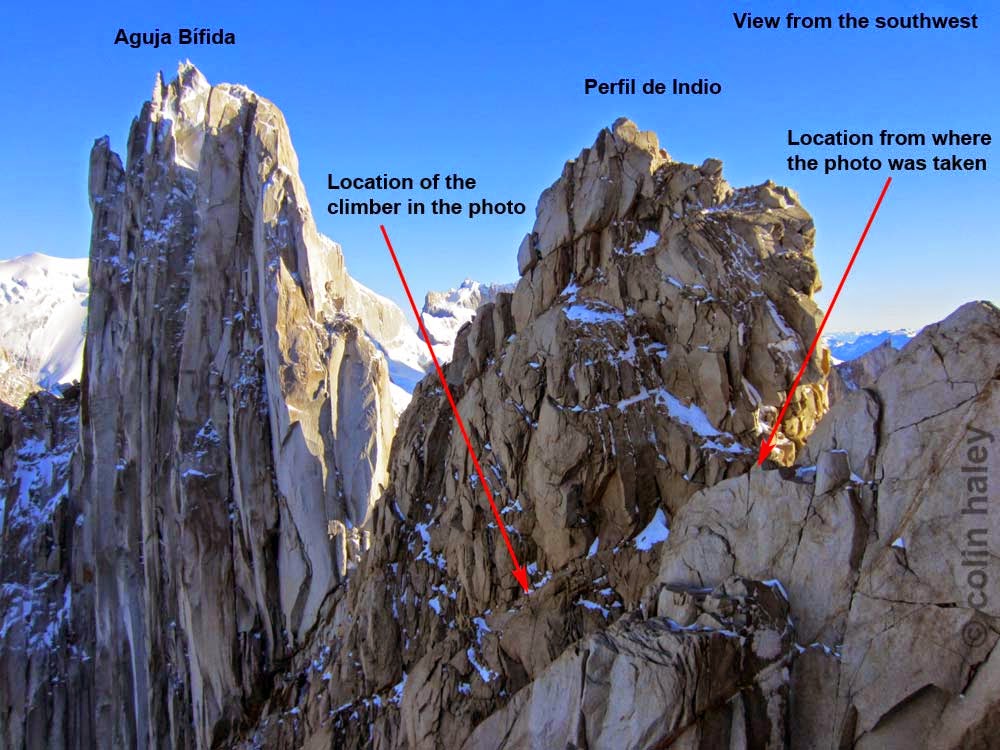 Location from the west 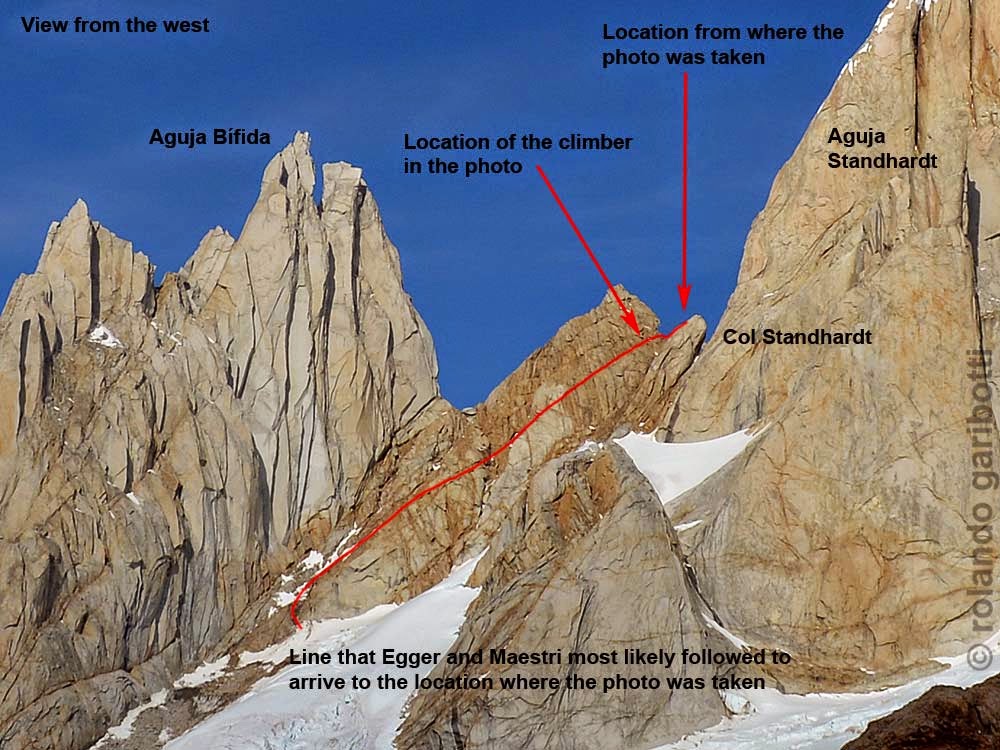 Location from the west - wide 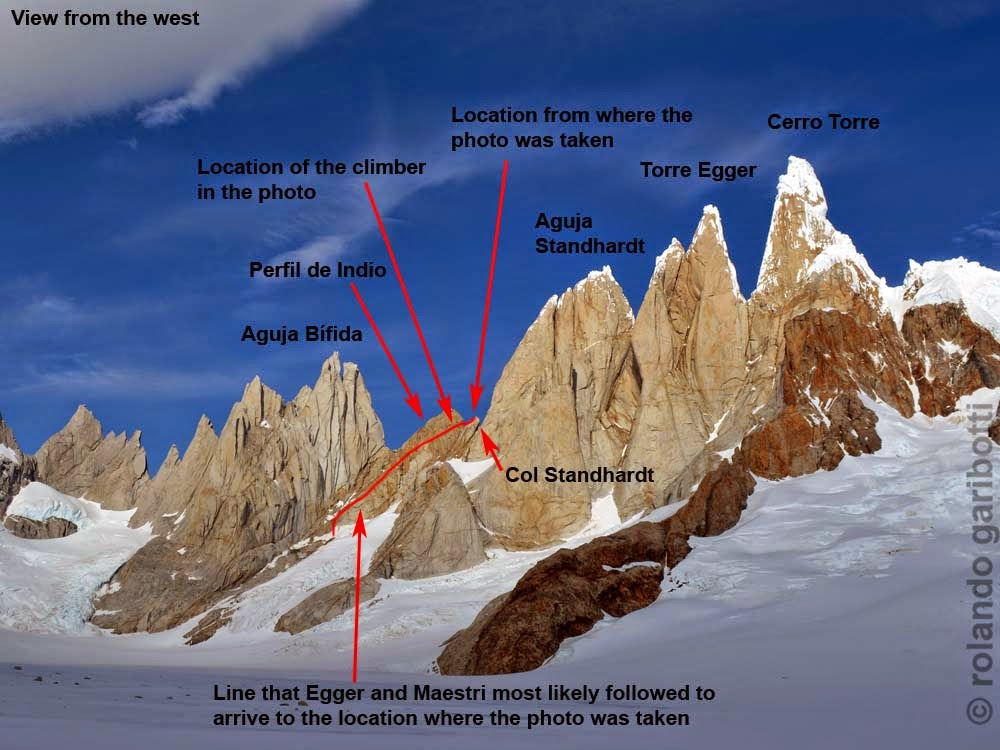 View from the east 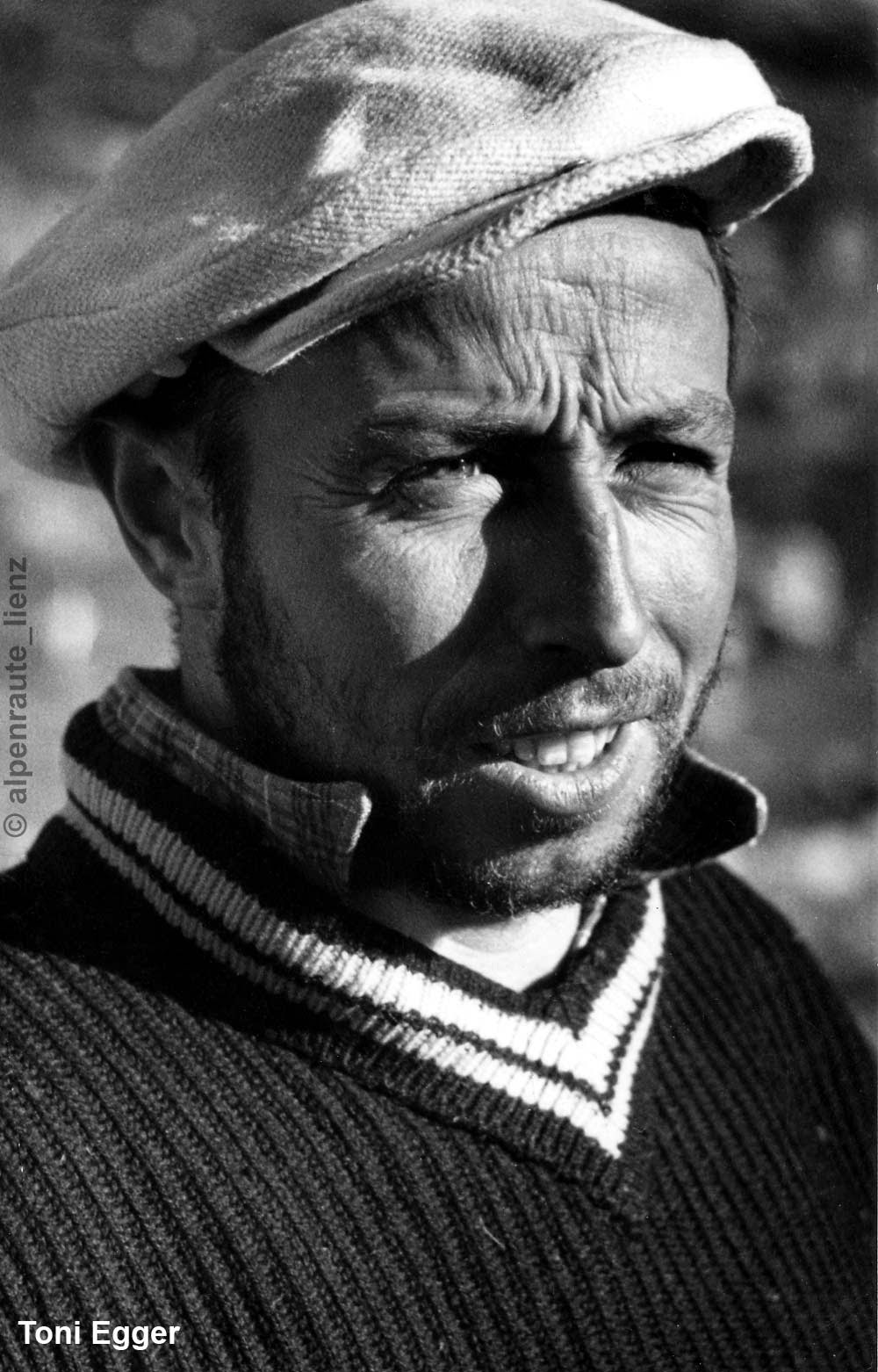